Mr.Neel is first Indian and Asian honored with "Order of National Glory"

By the decision of the Board of Trustees of the Kremlin Foundation, to acknowledge his contribution to the development of Russian-Indian relations, the strengthening of friendship and cooperation between the peoples of Russia and India, Mr. Nilesh Neel with the distinguished title For Extensive personal contribution to international cultural heritage, was awarded a high public award - the Order of National Glory

Nilesh Neel's book Life has received a high esteem of the Kremlin foundation. A decision was made to honor the poet with the National Glory Award, given by the Kremlin Foundation. Simultaneously, an honorary Diploma was handed to the poet to mark his great personal contribution to the international cultural heritage. 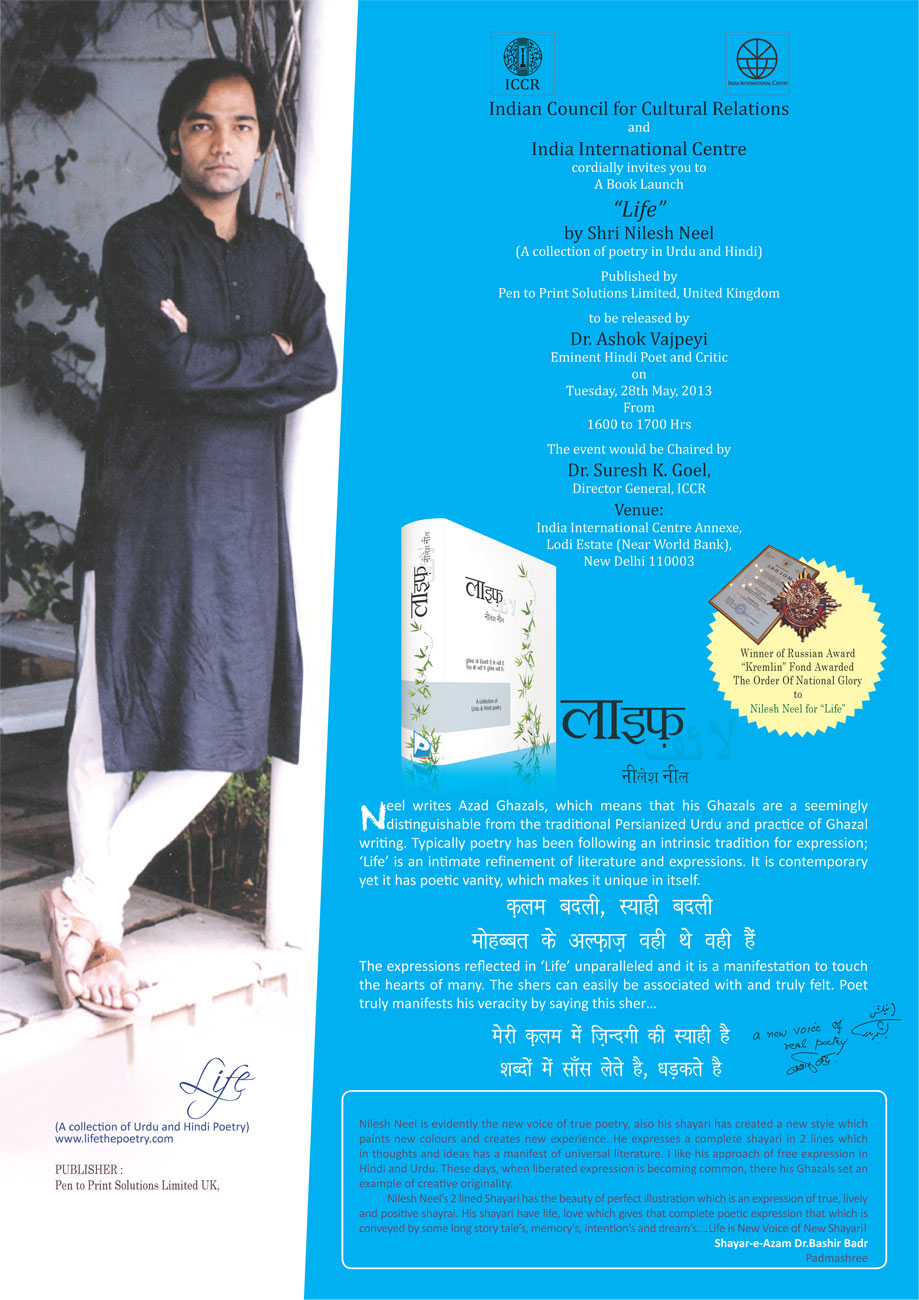 Mr.Neel is working with Russian Scientist Prof.V.I.Petrik for Water and Mr.Vitaley Grebnev for eco-construction to bring pure drinking water purification technology and economic house for the people of India. In her speech at the award ceremony, Ms.Lyubov Kulikova, President of the Kremlin Foundation, noted the long-standing cooperation between Russia and India and expressed a hope that the publication of the book in Russia in Russian language will help Nilesh Neel to find his reader in Russia. 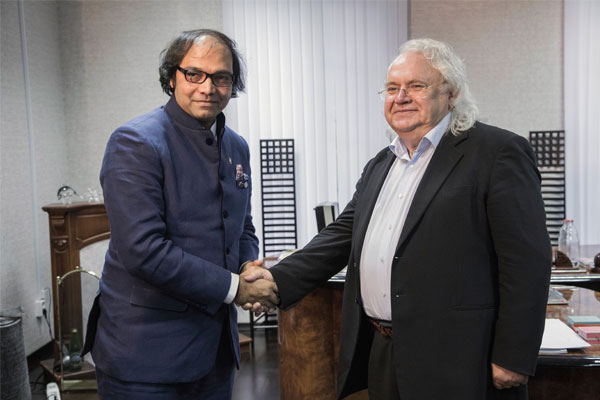 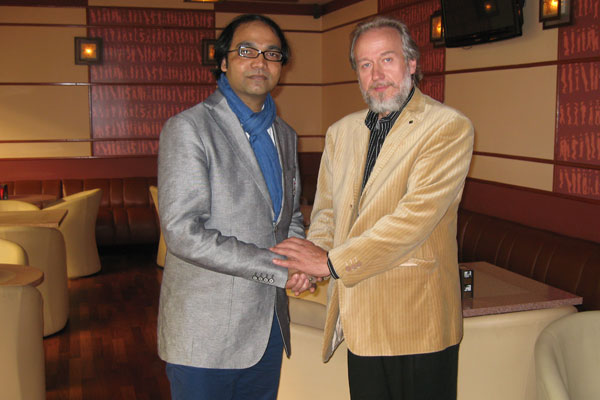 Russian orientalists and lovers of ancient Indian literature consider Nilesh Neel's recently published book of poetry "Life" (in the traditional form of Ghazal) a remarkable event in the cultural life of modern India. There is no doubt that these Ghazals, written with an understanding of ancient eastern wisdom and of modern sensuality, in case they may be translated into Russian, will become an important factor of mutual enrichment of all those who take interest in modern poetry of the East and Asia. The formation (construction) of a united Eurasian cultural space is breeding a stronger interest in the people of Europe and Asia to the cultures of each other. Was Rudyard Kipling, an English writer of the XIXth century, right to state that "the West is the West, the East is the East, and they can never come together"? He was wrong after all. Nilesh Neel is a poet writer speaker and Entrepreneur.

Picture Gallery of the award function

The young poet in his emotionally spoken speech answered that this award for him was not only a symbol of the recognition/esteem of his poetry, but also a hope for the creation of new Eurasian cultural bridges. "I cannot compare with anything the (unique) feeling I am experiencing now. I will tell about these minutes to my wife, daughter "Nayza" and parents".

At 37, the poet has published already three books in his own country in Hindi and Urdu. Speaking at the award ceremony, Nilesh Neel read one of them: "This is world, in it people are given not everything; let us live not half-heartedly and laughing from the heart".

At the award ceremony, the Moscow Indian Embassy officials were present. Nilesh Neel is a litterateur belonging to the school of a famous Indian poet Bashir Badr, who wrote the foreword/preface for the poet's first book "Chubhan" In that preface, he called Nilesh Neel "a new voice of real poetry". After the award ceremony, Nilesh Neel gave an interview to a Evrazes News reporter Mr.Boris Kaymakov.

It is an honor and unconditional recognition of Mr. Nilesh Neel merits by authorities and society on the worldwide level.

The "Kremlin" foundation has previously presented the Award to :